THE CHILDREN OF PENTECOSTÉS 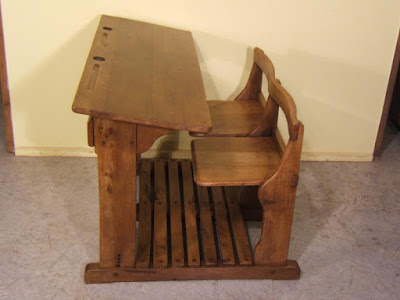 For more than a week Ethel hasn‘t gone to school. No one tells the children a thing but they know, they know that she has disappeared and that they are searching for her beyond the whirlpool, down river, where the falls flow into the pit. But the inhabitants of Pentecostės are very discreet, reflective, and very patient. She’ll return, they say, contrary to what they do: look for her while the children are at school so they won’t know a thing.
She’ll be back, her mother says. Ethel can’t have gone very far, she can’t have gotten lost, she knows town and the country, and she’d never go near the swamp.
The children multiply by five aloud. Again and again they repeat the numbers, paying no attention to what they’re saying, repeat like parrots. That’s what they are, parrots, says teacher plum.
Teacher plum they call him behind his back.
Ethel left her house carrying her pack with her lesson book, her box of colored pencils, ballpoint, lined pad, block of paper, also caligraphy pencil, with bronze pen and inkwell, a little dark cupcake wrapped in brown paper for the long recess.
But Ethel did not arrive at school.
Ethel went the usual way, took the little curved path that goes by the big abandoned house. She, like the other kids, was never afraid. For years the house has been without doors or windows; it has almost no roof, and nobody’s there, but that morning Ethel heard a noise behind her and turned around, thinking Braulio would come running behind her, but she didn’t see Braulio. She saw nobody. There was nobody, only the house and the forever thorn-bushes, the twisted, half dried chañar tree, and the mountains beyond, blackened from old fires, and the red roof of the women’s sanatorium visible above the eucalyptuses. Ethel saw nothing more, nothing more. She tripped. Her pack bag fell to the ground and opened, and from it poured the colored pencils, which made a rainbow on the ground, an entangled rainbow without shape or sense, and she felt in her nose the smell of pencils, the black graphite, the recently sharpened wood. Her round Bakelite inkwell, her unspeaking wordless inkwell, broke in two, the ink spilled and was quickly absorbed by the ground. Nothing remains. She saw only one thing: a boot that plastered the black cake, black as the darkness that she divined instantly. And she heard only the bird, the lark that every morning sang perched on the chañar, and the lark said things to her for the first time, that were not only the song, that were also words; though she did not hear them, there were words, yes, and sentences and all those things that form language, those words that the teacher writes on the blackboard and that they copy in their notebooks, those words in the lesson book.
And like an echo came to her mind a poem that was on page 21:

When the sun’s first light
Gives the country its first hue
The partridge appears
Very rounded by its trill.

Ethel doesn’t know what hue or trill is. She doesn’t know those words whose meaning the teacher has not revealed to her, but the partridge didn’t say exactly those words, it said others, others she doesn’t remember. The partridge…what did the partridge say to her…? Come…you’re good… Yes, Ethel is, a very good girl, of the least mischievous, of those who study and almost never stain their duster or splash ink on it. Then why do I hurt if I didn’t do anything?

She wears her yellow dress
With a short cape
And is so genteel, so ladylike
That, to have a chat…

Then it’s the partridge that talks to her, not the lark. It’s the partridge with its yellow dress that goes walking when the sun comes out, or perhaps it goes to school like her.
Then the sky is blotted out.
In front of the mansion they found the backpack, one shoe, the black cake crushed in the brown paper, colored pencils, and the broken inkwell.
The children of Pentecostés know, know because they see it all. They spend the day in the street and there’s no limit to their actions: they chase toads, persecute guinea-pigs, play tag. They see everything, though they don’t seem to, because they have eyes in their souls. That afternoon it rained, rained hard, and there was lightning and thunder like explosions. The dogs were frightened and separated and each shot toward the mount; like crazed, they ran with their tails between their legs and theirs ears glued to their heads, howling in pain. In a while it was over and sun appeared in the blue sky over Pentecostés. There were puddles everywhere, and plenty of mud. And the toads came out of the spaces under the stones, leaping like crazy here and there, hundreds of toads of all sizes, silent, hungry and insatiable, devouring mosquitoes, flying ants, and other insects that appear after rain.
The children of Pentecostés also came out of their houses, running to stamp on toads. The toads flew from one side of the streets to the other, they burst with a deafening noise, and shouts and laughter were heard throughout the town. It was batrachian joy, as Teacher plum called it when he reproached them for that foot-stomping conduct: Would you like that to be done to you, hey, Fernández? Twisted ear, penitence, to the corner, face to the wall, no recreation, stay after class.
In a week the toads were as dried as carob husks, twisted and grotesque. Braulio hears his parents arguing softly. Surely they are talking about Ethel. They whisper and glance sideways where he is playing under the dining room table. And surely they’re also speaking of Ethel’s mother, of her father, who disappeared years ago. He left like Ethel. Ethel went far away like her father, who took the only train, the seven o’clock—that’s what they say—but Braulio knows it’s not true, that Ethel disappeared into the air as chalk vanishes before settling on the floor. Ethel has become a fine white dust.
The children know that they found the pack, the pencils…and more than once they have gone near the mansion in search of some remains, but the police had carried everything away. They did not return. But Braulio found on the road in the dust a tiny piece of red lead. He said nothing and put it in his pocket.
One day her name appeared on the blackboard.

Braulio instinctively looked at his hands, so did the other kids; they all saw one another looking at their palms, verifying that they had not done it. And no sooner had the teacher entered the classroom, he quickly erased it. Ethel became dust again, but not completely. ETHEL very light, could still be read, until from so much writing over it nothing could be seen. ETHEL, palimpsest.
Then somebody said under his breath, Ethel whore. Master plum did not hear it because his back was turned and he’s a little hard of hearing, but Braulio did, although he didn’t know whose mouth it had come from. Their eyes said nothing, all were opaque at the moment that Braulio’s eyes ran over the rows, searching for that mean mouth that had said the bad word. And someone murmured the bad word again in one of the neighboring rows. But why if Ethel is so good, studious, and applied, always with her white duster, impeccable, starched like cardboard so it crackles when she sits at her desk beside Braulio?
Under the lid of Braulio’s desk the name Mateo, who is a grade ahead, is carved, the desk was his; and Julio’s, who finished sixth grade; and Marcial’s; and Marcelino’s. Braulio thinks that one day he must do the same, leave proof of his passing as most of the kids (only the boys) of Pentecostés do, though he knows that it’s wrong, that if teacher plum were to discover it, he’d castigate him by imposing punishment during recess, face to the wall, or after class in the mysterious quietude of the empty school. 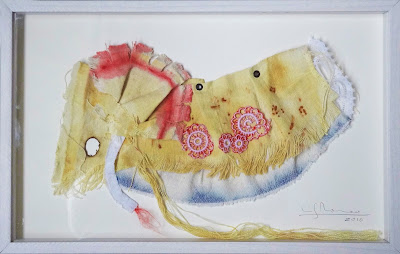 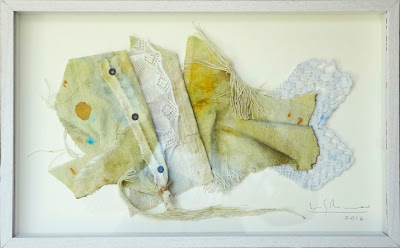 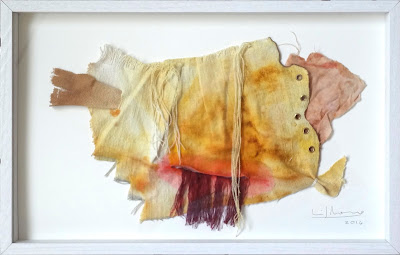